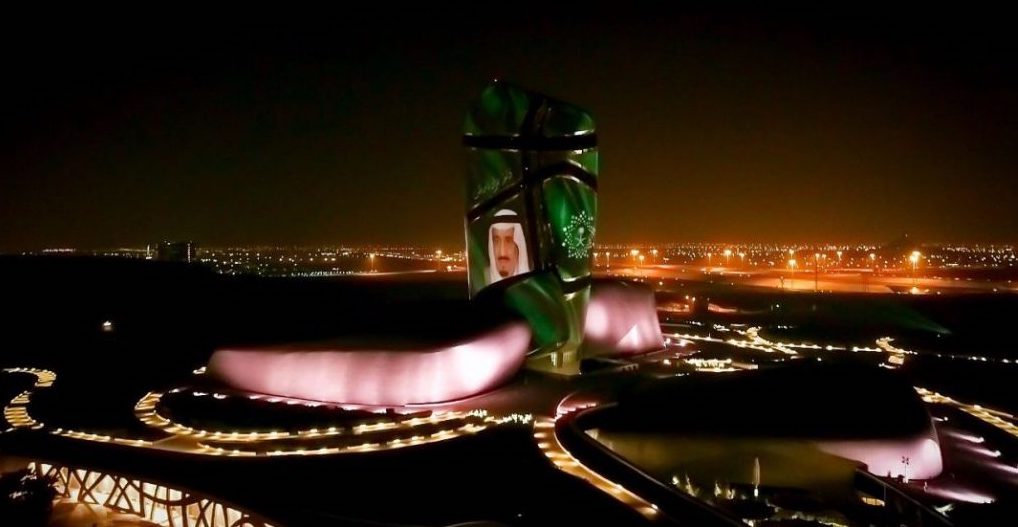 Ithra welcomes you to a new adventure and new experiences that fuel your creativity, inspiration and your passion to learn.

Ithra is unlike any other. Ithra stands as a beacon of change in the Kingdom of Saudi Arabia and as a window to global experiences. As the world progressively evolves, Saudi Arabia is transforming at an even greater pace. At Ithra, we celebrate human potential as the greatest source of change; we focus on accelerating that potential by encouraging creativity, inspiring minds, and empowering talent.

A project by Saudi Aramco serves as the advancement for the public. Saudi Aramco envisioned Ithra to be an environment for transformative experiences to unlock the power of potential through mastery in arts, science, literature, and innovation. Our facilities include Idea Lab, Library, Ithra Theater, Cinema, Ithr Museum, Children’s Museum, Energy Exhibit, Archives, The Great Hall, and the Knowledge Tower; all of which are housed to provide engaging and revolutionary experiences.

At the heart of Ithra, you will find every component thrives to support and reimburse the key pillars into the activities and events held for the Kingdom.

The Center serves the Kingdom as a new, invigorating source of limitless potential and flowing knowledge to feed minds eager to learn, create, and produce. Ithra stands to transform a new tomorrow equipped with a knowledge-based society that celebrates innovation and its traditional culture with the evolving times the nation is embracing.

Ithra serves as an all-purpose cultural hub. We believe in the gift and passion instilled in people, and we aim to empower human development to showcase and celebrate them. The Center hosts special events, film premieres, exhibitions, workshops, conferences, and more, which solidifies its position as an inspiring leader in the region and enrichment of its visitors.

At Ithra, we celebrate and empower human development and beyond by inspiring people to learn, create, and collaborate.

– Encourage cross-cultural exchange with the globe

As the cultural center holds incredible vision, it is also located in a poetic landmark, at the Kingdom’s first commercial oil well, the Prosperity Well. As the center pays tribute to the wealth brought forth by the discovery of oil, it is now representing a different source of energy: human energy.

Ithra is a project pioneering in innovation, culture, and knowledge founded by Saudi Aramco. The ambitious center began work on May 20, 2008. The opening ceremony celebration was attended by His Majesty the Custodian of the Two Holy Mosques King Abdullah bin Abdulaziz Al-Saud, may he rest in peace, who laid the cornerstone of the project. Ithra opened its doors to the public in 2018.

Structure of the Building

Elements of the Building

The making of the structure is composed of stainless steel tubes, intricately and individually formed and bent, engulfing around the building. The modern technique implemented are supported by an older technique: rammed Earth. Rammed Earth basis constitutes for a fireproof, soundproof, and well-insulated space utilizing highly compressed natural materials such as sand, gravel, and clay from around the Kingdom of Saudi Arabia.

Utilizing a medley of established and innovative techniques, the building is guided by LEED’s (Leadership in Energy and Environmental Design) international standards of excellence, promising energy efficiency for years. Ithra is a Gold LEED certified structure.